The Saint Francis Xavier Haitian Orphanage Foundation was formed in 2011 to provide financial assistance and support for the provision of shelter, food, clothing and education and/or healthcare to the needy, orphanage children living in the nation of Haiti. This includes the Saint Francis Xavier Haitian Orphanage in Petite Riviere, Haiti, as well as other organizations.
The Foundation also supports the Catholic Relief Services (CRS) initiative "Changing the Way We Care", in Haiti.

The Foundation started by supporting Esperandieu Cenat, a young man from Petite Riviere de Artibonite, was able to achieve his dream of attending high school with the support of a religious community, the Little Brothers of the Incarnation. Another order, the Xaverian Brothers, helped him pursue another dream: attending college. Because of the help and support he received, Esperandieu knew he wanted to give back someday. The nature of that wish took form when he began volunteering at an orphanage; he resolved that if he ever finished college, he would open one in his hometown.

After Esperandieu’s university was destroyed in the devastating January 2010 earthquake, he and two classmates were given the opportunity to complete their education at Siena College in Loudonville, New York with the help of Dr. Tom Coohill, a professor at Siena. As Esperandieu made friends at Siena and nearby St. Pius X Church, word spread of his dream of returning to Haiti and opening an orphanage. The pastor at St. Pius at the time was Father Michael Farano and he gathered a group of parishioners to hear Esperandieu’s story. Soon afterward, a nonprofit foundation was formed for the purpose of raising the funds to make Esperandieu’s dream a reality.

St. Francis Xavier Haitian Orphanage opened its doors in 2011 and immediately became home to several children who had lost their parents or whose families were unable to care for them. Each child brought a heart-wrenching story of hardship and hope for a better life. Several came from the mountains, walking for hours for the chance to realize their dreams for the future.
The Orphanage housed and took care of the daily needs of 18 children, most of whom went to school and received medical care for the first time in their lives.

Today, the Foundation also supports the Catholic Relief Services (CRS) initiative "Changing the Way We Care", in Haiti. In addition, the Foundation is working with other organization’s to provide shelter, food, clothing and education and/or healthcare to the needy, orphanage children living in the nation of Haiti. 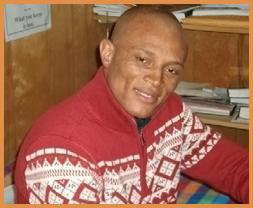 I DECIDED THAT IF I EVER FINISHED COLLEGE I WOULD OPEN AN ORPHANAGE IN MY HOME TOWN AND WOULD DEDICATE MYSELF TO ITS ABANDONED CHILDREN.